No matter what one’s belief may be regarding the validity of climate change one thing is for certain, we are already feeling its impacts in various forms.  Perhaps the most relevant and immediate impact of a warming planet has been the recent, prolonged drop in precipitation levels in some areas of the globe.  Could climate change be worsening weather events such as droughts?  Many scientists feel we are pushing our climate into more severe territories with the continued emissions of greenhouse gasses into the atmosphere and now we are beginning to see measurable results. 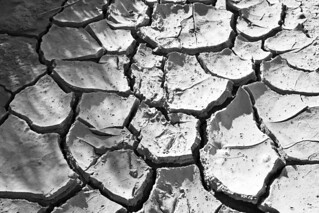 After three consecutive years of below average rainfall, California is experiencing a dry season that some scientists say has been magnified by the recent changes in the global climate, which also include a rising sea-level, heavier than normal rainfalls, warm spells in normally cold areas, massive storm systems and either extreme heat or cold depending on global proximity and season.   What we seem to be observing is an amplification of already occurring, extreme weather events.  As the planet continues to warm via greenhouse gas/carbon emissions, we can only expect that storms will be stronger and more destructive, floods will be more widespread and common, and droughts will last longer and almost certainly, severely effect local communities water supplies, as well as business in general. 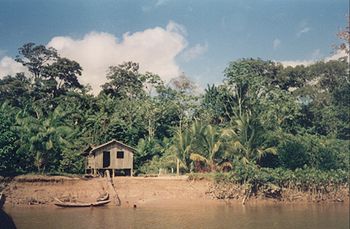 Another example of the effects of severe droughts can be found in the Amazon rainforest where a combination of drought, human activity (deforestation/farming) mixed with our natural disaster ‘steroid’  (climate change) has ignited massive wildfires which threaten (ultimately) the very balance of oxygen in the earth‘s atmosphere.  It is widely known that the Amazon rainforest and its dense vegetation and plant life breathe a large part of our planet’s oxygen into the earth’s atmosphere.  With so much of the forest under threat of wildfire, we stand to severely cripple the “lungs of the earth” as the rainforest is commonly referred to as.  Wildfires are a naturally occurring event that in most cases are actually beneficial for the forest and promote strong re-growth for the next generation of plants and trees.  However, recently scientists have found that climate change induced (and magnified) droughts are amplifying these fires and taking them to a level that is unnatural and destructive beyond the means of regeneration.

Back in California, many local residents are calling for better protection for groundwater supplies threatened by the severe droughts.  California is notorious for its droughts in the past which have lasted years, sometimes decades, so local residents are fully aware of the risk at hand and are pro-actively organizing to face the challenge of shrinking water supplies in the years to come.  One such proposal is the recycling of wastewater that normally is dumped into the ocean which would account for almost 500 billion gallons of water per year.  Modernizing water management systems is a perfect example of risk assessment and mitigation in action.  Climate change has obviously upped the ante in the past few years and by most reports will only continue to worsen in the coming decades.  Finding ways to reduce your businesses or homes water usage and bringing those levels down to a sustainable figure could turn out to be the best business decision you make all year.