During the past year we witnessed many extreme weather events unfold around the globe.  In fact in the US, 2012 carried the largest amount of disaster related losses since the hurricanes of 2004/05.  Tornadoes and wildfires in the Western and Central parts of the U.S. were larger and more destructive than ever.  On the East coast we saw storms and flooding due to a hurricane turned “Super  Storm” that wreaked havoc on coastal residents and flooded many of the cities and surrounding areas’ homes and businesses.   Scientific studies around the world have been pointing to the gradual warming of our atmosphere due to excessive carbon and other emissions for quite some time now.  A recent report strives to show this climate change is already in effect and it is affecting the size and severity of these extreme storms, turning them instead into record breaking events. 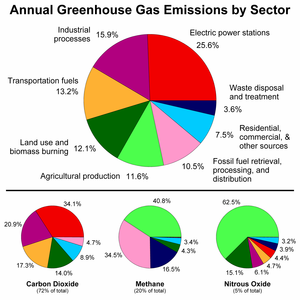 It is now widely thought that excessive carbon emissions from developed countries and fossil fuel consumption, has heated our planet ever so slightly.  This slight increase in temperature has attributed to not only extreme heat across areas of the globe, but also excessive rainfalls such as the Pakistan floods of 2010 and more intense droughts, like the U.S saw this past year.   These droughts in turn led to the wildfires that burned this past summer in large areas across the continental U.S.  So it would seem that climate change and extreme weather patterns would be undoubtedly linked.   However, there is much less certainty on the issue of whether or not carbon emissions are fortifying hurricanes, tornadoes, and storms here on the planet.  Scientists point to a lack of past storm data as they attempt to measure the intensity of these storms and come up empty handed as far as gauging the long term occurrences and severity of these tornadoes, storms, etc…  Thus, it is almost impossible right now for scientists to directly link the severity of natural disasters to climate change, but there seems to be no doubt that the warming of our planet at least raises the risk of extreme weather events.  When looking towards the coming year(s) we should assume that at least for now, the potential for extreme disasters is sizable and that planning for these risks is crucial for businesses and individuals/families now more than ever.